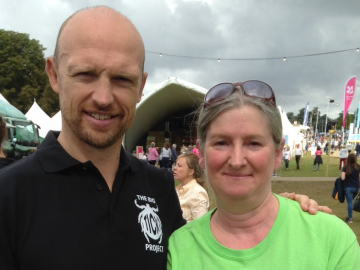 Matt Dawson with LDUK Spokesperson, Samantha Ash On 21st August, rugby star Matt Dawson spoke out about his Lyme Disease diagnosis and subsequent heart surgeries. Dawson sustained a tick bite while out in a London park with his family. Talking initially to Radio Five Live he described his symptoms, the […]