We are delighted to announce our runners for the Great North Run, which is taking place 11th September 2022!

Read about our runners below and why they’ve chosen to support LDUK in such spectacular fashion.

Karrie and Gareth are passionate about representing LDUK at The Great North Run, after Lyme disease came into Karrie’s life unexpectedly in 2017. Karrie and Gareth were running (racing each other) around Richmond Park when Karrie was bitten by a tick. At the time, Karrie was unaware of the dangers of tick bites. After Karrie received a Lyme disease diagnosis, she reached out to LDUK and found our support and advice invaluable. Thankfully, as a result of this, Karrie was able to treat her Lyme disease symptoms immediately, which gave her the best possible chance of recovery. Karrie and Gareth truly believe in the work that LDUK do and are proud to be fundraising for us at The Great North Run. 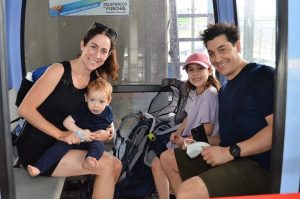 James Herbert’s daughter, Molly, was bitten when she was 10 and she underwent years of gruelling treatment, missed school and was isolated from friends and activities. If increased awareness from running the Great North Run for LDUK could prevent even just one child from being bitten and becoming chronically ill, then James and Paul would consider that to be a huge result. They believe that change happens one step at a time. 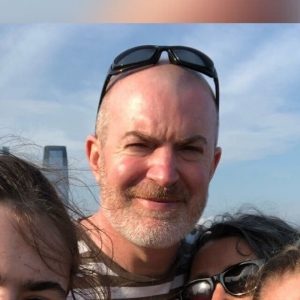 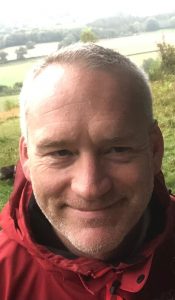 Alex Hamlin has decided to support us in order to raise further awareness of Lyme disease, as he believes that we have been a great support to his sister, Vicky. She has not only been battling Stage 4 endometriosis, but also Lyme disease which had gone undiagnosed for years.

“What many people don’t understand is that patients (and their families) have to sacrifice so much, as well as their health, to pay for private treatment. The amount of money some patients have to pay in order to work towards curing themselves is shocking, and in many cases, this prevents patients from recovering.”

Vicky also shared some words about her battle with Lyme disease:

“Prior to 2016 I was fit, healthy, very active and worked long hours in a career I loved. I ran the London Marathon and cycled from London to Paris. In 2016 I had an amazing year away travelling – I climbed Machu Picchu, swam in the Mekong Delta, rode a motorbike the length of Laos and slept in the Cambodian jungle. I fell ill in India and got myself checked out at a clinic in Delhi. I was given some medication and returned home. I was in an extremely exciting phase of my life – I had a new job, a new flat and was looking forward to a fresh start. I started to get infection after infection – toe, ear, throat and came down with what I thought was bad flu and was bedridden for 2 weeks in December 2016. This was when my life completely changed, my body crashed and I began to get issues with every part of my body. I have been housebound since and after multiple hospital admissions, more appointments than I can count and seeing close to 20 doctors I was finally diagnosed in March 2020 with Chronic Lyme Disease and 4 co-infections. I remember having a rash on the back of my legs in May 2016 but assumed it was ringworm and thought nothing of it. I am now juggling my way through various treatment protocols. I have been told I have a good chance of getting to 80%-90% remission but it is going to take months, most likely years due to the fact it has gone un-diagnosed for 4 years and caused long lasting damage to my body.”

We are incredibly grateful to our runners and we wish them all the very best with their training for the event! We hope that the Great North Run will be an experience they will treasure forever.

Raising funds for LDUK is really important to us. It will help us continue our important work of preventing tick bites, raising awareness of Lyme disease and supporting patients. If you can spare a few pounds, we would be so grateful if you could sponsor our wonderful team, and share this fundraiser far and wide!