Prior to the pandemic, LDUK volunteers were attending community groups and organisations to provide people with Lyme disease and tick bite prevention awareness talks. Like so many others during the last 18 months we’ve had to make some changes! Our talks went online.

This was a new way of working for us, and we’re pleased to say it opened so many doors and allowed us not only to continue raising awareness, but to spread our important message even further. 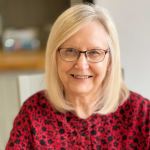 “Talks were given to very diverse organisations. Our first ever online talk was with the Fleet, Hampshire branch of the U3A Health & Well-being organisation followed by a presentation to the St John’s Ambulance Duke of Edinburgh Award candidates. Then came a presentation to the Firefighters Charity who support all fire and rescue service personnel whatever their role in service.

“Early this year the wonderful Changeworks organisation (who are on a mission to deliver a low carbon future for Scotland), informed us that we’d been chosen as the recipients of their annual charity fundraiser. They had chosen us because one of their colleagues was struggling with Lyme disease and they wanted to do something to help. We were invited to kick off their fundraiser with an awareness talk given to their staff.

“Wonderfully, Changeworks produced our highest ever donation to date, of a whopping £6,734. Thank you so much, to all who contributed!

“Elsewhere, an evening presentation was given to the Anton Rotary club, Andover after someone attending the earlier talk with the Fleet U3A Health & Well-being group recommended us.

“We were then delighted to be approached by the Institute of Chartered Foresters which resulted in our collaboration with Medical Statistician & Researcher, Victoria Cairns, to present a joint awareness talk coupled with Victoria’s research on the prevalence of Lyme disease in the UK. Off the back of this presentation, organisations like the Exmoor National Park Authority, the Forestry Commission and Natural England all approached LDUK for awareness talks for their employees, people who are often hugely at risk of tick bites and Lyme disease.

“Finally, during awareness month, we were approached by one of our community members to deliver several talks for her various Facebook groups. We used Facebook Live for these talks which was a first for us, but it went well and we raised a lot of awareness!

“Thank you to all these amazing groups and organisations who have listened to our talks, raised awareness themselves and also supported LDUK through donations.” – Julia Knight.

Are you an organisation that could benefit from a LDUK awareness talk?

Perhaps you’re a Scout leader or part of a First Aid organisation. Maybe you’re a part of a camping, walking or hiking group, or a school who are planning countryside outings for pupils. Are you a parenting group who promote health and safety amongst your families? Are you any organisation that loves and enjoys the countryside? If you think your group or organisation would benefit from one of our awareness talks, please get in touch by emailing media@lymediseaseuk.com and we will be glad to organise one for you.

Although it is acknowledged that not all ticks carry the bacteria that cause Lyme disease, it is better to prevent a tick bite than risk being infected.

Lyme disease is a preventable disease and knowledge is key.