The first symptom I can recall is the drop in my energy levels around 2014/15. I stopped wanting to do the things I liked so I went to my GP and had different tests, but everything returned normal. The fatigue slowly got worse. 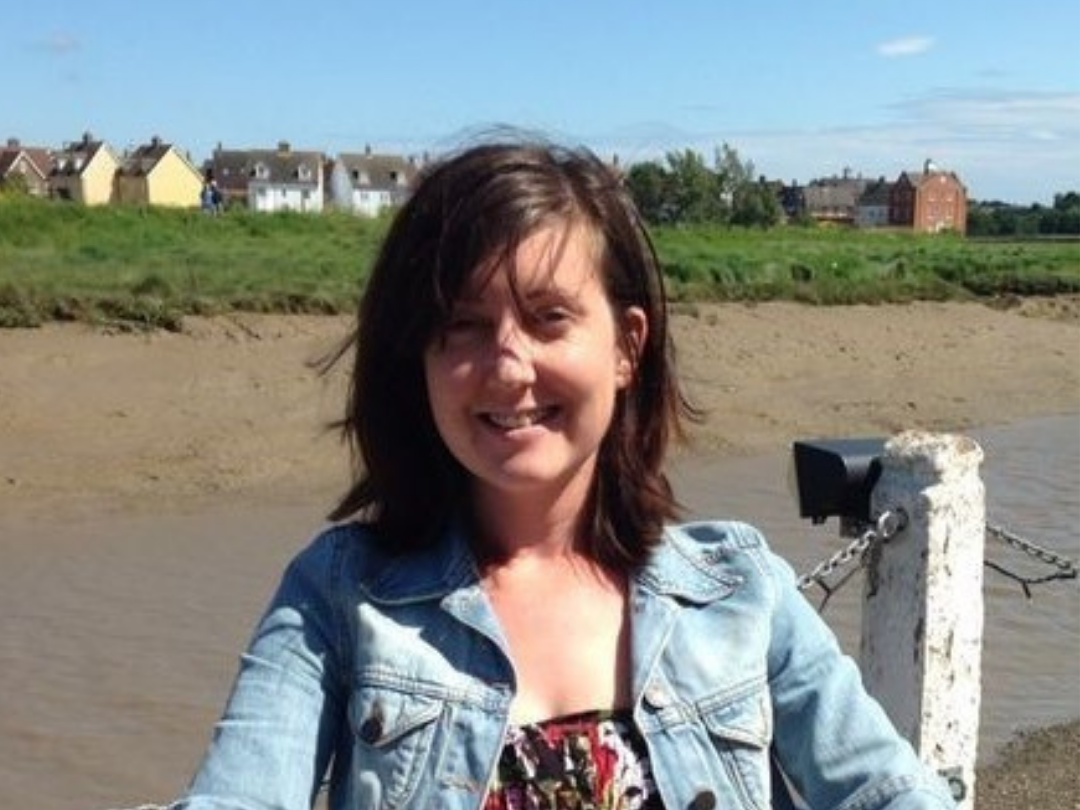 In 2017/18 further symptoms appeared. The first I remember was heart palpitations, I got those checked, but my ECG was normal, and eventually, this particular issue subsided.

I then began experiencing tremors in my arms and legs, to the point where I would struggle to carry a drink, or sometimes struggle to just stand up.

I had heavy nose bleeds two to three times a week and felt generally unwell. I went back to my GP and they ran further tests, but again there were no answers.

Other strange symptoms emerged, including severe head and neck aches, a shooting pain in my groin, leg and foot, and pins and needles in my hands. I became unable to tolerate noise, so stopped listening to music completely.

One of the worst symptoms I experienced was trouble with thinking, memory and concentration. I felt like I had cotton wool in my head. This and the fatigue made simple tasks feel impossible. I work in accountancy and wondered if I would be able to continue with this career.

In autumn 2019 after many appointments, my GP advised that my symptoms must be caused by depression, as there was nothing ‘wrong’ with me! Yet, she did not offer any help for the ‘depression’.

My family eventually convinced me to see a different GP.

My mum was concerned about MS as it runs in the family. I received a referral and was seen by the Head of Neurology, who examined me and confirmed that he could see a tremor. I had an MRI brain scan, and was prescribed medication the neurologist said would help and wouldn’t have any side effects. However, after only taking one tablet I was like a zombie for three days.

Luckily, I have a friend who works in the medical field, who showed my MRI report to someone else and it was their advice that set me on the right path. He was concerned as the scan showed numerous nonspecific white matter signal abnormalities, which could be a sign of Parkinson’s. He advised I go to a specialist clinic as this plus my symptoms could also mean something like Epstein Barr or Lyme disease. I had never heard of either!

After some research, my symptoms did seem similar to Lyme, I don’t remember a rash, but I do remember a strange insect bite years before which had scarred.

In the first instance I called the GP and relayed what I’d been told. The GP I spoke to sounded shocked, he said it was, “highly unlikely” I had Lyme disease.

I had to go elsewhere for support. Unfortunately, due to COVID, the recommended clinic I liked the look of was not taking new patients. Eventually I booked an appointment in August 2020, the clinician I saw listened to me and asked so many questions. I felt like someone believed me at last.

After a weak-positive from the Western Blot test, my clinician requested further testing for Lyme and coinfections.

I had an Elispot for Borrelia (the bacteria that causes Lyme), Babesia and Bartonella. When the results came back, I was shocked to discover I was positive for both Borrelia and Bartonella. We discussed treatment which the clinician advised would be a minimum of six months. I felt so relieved at that point to have a diagnosis, though the relief did not last long.

I began an antibiotic and anti-malaria treatment regime in October 2020.

Many times during treatment I felt much worse, but slowly some symptoms began to disappear. Firstly, most noticeable, my head and neckaches, then issues I would have never thought were connected, such as the extreme PMS and tinnitus I had experienced for years. One of the main things that got considerably worse though, was anxiety and mood.

It was a difficult time, I had other worries in the family, I was considering anything that might help, including selling my house so I didn’t need to work, but luckily, I have an understanding employer, and have amazing support from family and friends.

I’d finished the course of medications a few weeks previous, and suddenly felt amazing, my energy levels were like nothing I remembered. I think basically they were normal, but this was abnormal to me!

I’m still undergoing treatment, now a mixture of conventional and herbal, not all my symptoms are gone, and on my last testing my clinician suspects Lyme is still active. My results also show reactivated EBV and CMV, but I am hopeful the end of my treatment is now in sight.