Scattered throughout the past few years, I’ve had strange signs and symptoms that something wasn’t right with my health. I had countless doctor appointments for bizarre symptoms that even they couldn’t find a clear answer for. 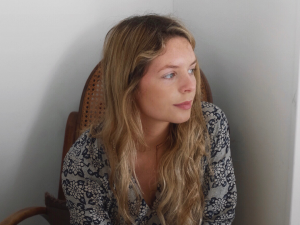 In winter 2019, my health took a noticeable dip.

I tried hard to ignore it and get on with things as so many of us do. This of course did not help and instead I ran myself into the ground, cloaked in one giant haze of exhaustion.

Over the following two months, I had multiple GP appointments and tests, concluding I either had Chronic Fatigue Syndrome or Lyme disease.

I have spent a great deal of time at my grandparents home in rural Brittany France, including living there for three months in 2018. There are vast amounts of animals including deer running wild on their land – with confirmed diseased ticks in the area. I remember coming down with flu symptoms while camping and thought it was strange my partner didn’t catch it. With this in mind, my doctor and I concluded I must have Lyme disease.

During my six-week course of antibiotic treatment, I experienced a Jarisch-Herxheimer reaction, commonly referred to as a Herx.

The antibiotics can sometimes kill the bacteria faster than the body can eliminate the debris. This means you’re stuck with a backlog of dead bacteria. The buildup can make you feel much worse before you get better. When I say my symptoms increased, I mean drastically… I had never felt so unwell before.

After the treatment, I had no symptoms and felt extremely well. Frustratingly, that only lasted about three weeks – my symptoms came back strong and fast. I was distraught and simply fed up with my body feeling weak and exhausted.

I quickly had to adapt to the symptoms and figure out how to manage them to create some normality.

Firstly, I had to find the courage to tell my friends and family how I was feeling. I quickly became mindful of my body, learning where my new limits sat and how to avoid an increase in symptoms. I suffered massively with fatigue, brain fog and poor memory/confusion. I couldn’t walk for long periods due to a burning sensation in my legs and arthritis in my knee, I couldn’t lift anything heavy as this caused my hands to shake and twitch, and I found it difficult to hold long conversations without feeling exhausted.

I had to slow my pace of life right down. As the months past, I was slowly able to do more each day and live more ‘normal’, without too many restrictions.

Reflecting, almost a year after, my life is happy and it’s almost normal. Of course, I have occasional symptomatic days, but I know my limits and how to pace myself.

Everyone’s journey with Lyme disease is different, but I hope reading mine will give you hope that with perseverance, self-awareness and gentle care you will be able to learn how to manage and live your life as well as you can.