At the time of my tick bite, I was a 59 year old woman, running a successful tutoring business and enjoying a healthy lifestyle by walking around 10k a day with our dog in the woods and fields in Bristol. During an August walk I was bitten. This was unusual as it was normally my husband who was bitten by mosquitoes. The bite wasn’t itchy and looked different but I didn’t think much more about it.

Examples of bulls-eye rashes like the one Debbie had.

At  my son’s wedding reception, a few days later, a friend noticed a large, red rash on my arm. She was a pharmacist and advised me to go to see a doctor.

I now had headaches, a sore throat, fatigue, low mood and flu-like symptoms. So I booked an appointment with my surgery informing them that I had been bitten by a tick. I told them about the rash and my symptoms, but was given an appointment with the Nurse Practitioner not the GP. She said that I should book a blood test. She looked at my throat and said that I was fighting something. I found out that it was too early for a blood test for Lyme disease to be detected so I delayed the test for the appropriate time frame.

I eventually had the blood test but it came back negative.

I was feeling very unwell and unable to function.

I could not read aloud or process information, and I had short term memory and concentration problems which meant I could no longer work.

I  booked another appointment, but with a GP this time… she said that she had never given a course of antibiotics for a tick bite before and I would have to speak to another doctor, which I did. This doctor also refused to prescribe antibiotics. My husband now had to attend my appointments with me due to the attitude of the surgery and the stress it was causing.

We printed the NICE Guidelines to give to the third doctor,  who we later found out was a trainee. He asked for a photograph of the rash and checked to see if my joints were swollen which they weren’t. He then asked me what else it might be and he suggested that I might be depressed.  I said, ‘Absolutely not!’ My life had been happy and we had plans for the future. We gave him the current NICE Guidelines to read and he said that he would ring an Infectious Disease Department to ask their advice. He later called back and said he wouldn’t treat me. I was very distressed at this point and fearful too. I felt I had no support from the NHS.

We then made an appointment with the head GP. We also gave him the NICE Guidelines.

He said they were out of date, which was not correct as they were only published for the first time in 2018. He said he wouldn’t give me any treatment, but offered me another blood test for Lyme disease. By now I felt very uncomfortable making appointments at the surgery as I was made to feel that I was wasting their time.

While waiting for the  results I became very ill. I couldn’t move or function. I lay on the sofa most of the time and I felt as though I was stuck inside my own body and life was going on around me, but I wasn’t a part of it. When I spoke, it felt as though it was inside of my head and I wasn’t communicating properly. My neck was extremely painful, I had nights of insomnia with vivid dream-like experiences, blood spots appeared over my body and tingling sensations over my lower leg, amongst other symptoms.

My husband took me to see a fifth doctor.

She said she would refer me to the Infectious Disease Department at our local hospital. When we returned home we rang the hospital to find out the expected waiting time for an appointment… it was THREE MONTHS.

Myself and my family felt no one was prepared to support, believe or treat the problem. It was ridiculous that the NHS staff I saw had no familiarity with the NICE Guideline for Lyme disease. Bristol, we subsequently found out, is a high risk are for ticks. Why aren’t our doctors educated about Lyme disease?

My appointment came through with an infectious disease consultant who told me that the second Lyme test was negative too. I asked her why my neck was painful and she told me it was probably ligaments and to see my GP. I also asked her about the blood spots that had appeared and she told me they were ‘old age spots’. She advised me that I could see a private doctor, have a second opinion or try another Infectious Disease Department at another hospital. I chose the second option. The doctor did offer me another blood test, which I agreed to and I asked for wider testing for other tick-borne infections.

I had contact with Lyme Disease UK and this support was invaluable. I was given information and support. I decided to send my blood for testing to an overseas laboratory. The results came back positive.

And finally, the third blood test with the NHS came back positive! I was given the results at the appointment with with the ‘second opinion consultant’. He told me this was a false positive as the Western Blot follow-up test was negative, but that he could refer me for a lumbar puncture to test my cerebral spinal fluid for infection.

Still unable to work or function I finally found a infectious disease consultant in Dublin who was very knowledgeable about tick-borne diseases. Ten months after my bite and hardly able to walk, I finally had my appointment with him. That appointment gave me hope and confidence and when he acknowledged Lyme disease and my symptoms, the feeling of relief was overwhelming. 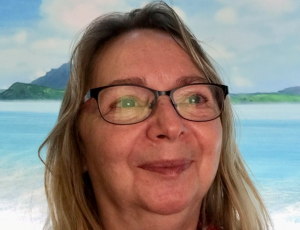 I was prescribed nine months of various antibiotics, supplements and herbs.

Three and a half years on, although I’m much better, I am not fully back to how I was before the tick bite. I was let down by my NHS doctors, much like other sufferers I have come into contact with during this distressing journey. Things need to change.