The LDUK Team is so grateful to William Williams who has chosen to support LDUK by running a solo half marathon, after suffering from the illness himself. We wish you all the best, William, and we’ll be thinking of you on the big day. Check out William’s story below and this link to his fundraising page. 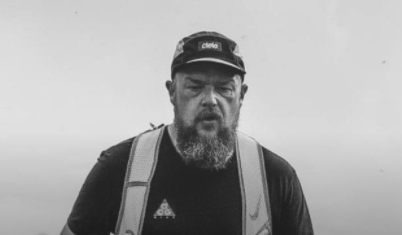 I was diagnosed with Lyme disease in 2019.

Like many Lyme sufferers, this came after several months of worsening problems, which had been dismissed by my GP as nothing much – ‘just getting old’. This was nice to hear just a month after my 40th birthday…

The unexplained blurred vision, bouts of flu-like symptoms that floored me, and the worsening inflammation in my joints were all getting me down, but I really worried when my hands and face started going numb, and then when I began to forget simple words, often struggling to finish a sentence. Something was definitely wrong.

But nothing happened until I woke up unable to see properly. My optician confirmed that parts of the retina in both eyes had stopped working, but couldn’t tell what caused it. The fantastic team at University Hospital Cardiff’s ophthalmology unit were straight on the case – inflammation of the optic nerve. But they had no idea why.

This resulted in an agonising wait, over a month of tests for everything under the sun, and some scary talk of terminal diseases – but all came back fine. Apart from one test which showed I had early antibodies against Lyme disease. I’d been bitten. At least now I knew the name of my adversary.

I’d heard of Lyme but never seen a tick in my life, and I’d not seen any bites or developed any rash.

This is when I found Lyme Disease UK, and with the support of their Online Community I learned about the disease, how difficult it was to get full treatment through the NHS, and what other steps I could take to improve my chances against it.

So, I want to give back to Lyme Disease UK, and help them continue to support those struggling against the disease, and those who are forced to quickly understand it. Catching it early is key to successful recovery, and raising awareness as it becomes more common across all areas of the UK, is one of Lyme Disease UK’s core goals.

I was no runner before Lyme disease. I started a couch to 5k course in Jan ‘19 as playing basketball had become so difficult, and with my 40th approaching I needed to do something to gain some fitness. It was tough going, but I stayed with it, and eventually began to enjoy it. And it was thankfully simple to keep giving it a go through the ups and downs of Lyme.

Some days I was broken before I reached the end of my street, others I ended a 5k run on a high, so kept going.

I was originally hoping to raise some money by running my first half marathon at the 2020 Cardiff Half a couple of weeks ago, but you know, Covid.

Instead I’m going to set off and run the 21km on my own on Sunday 8th November, a lonely solo journey but in some ways it mirrors the isolation and lack of support that many feel when they’re plunged into the struggle against this nasty, pervasive long-term condition. 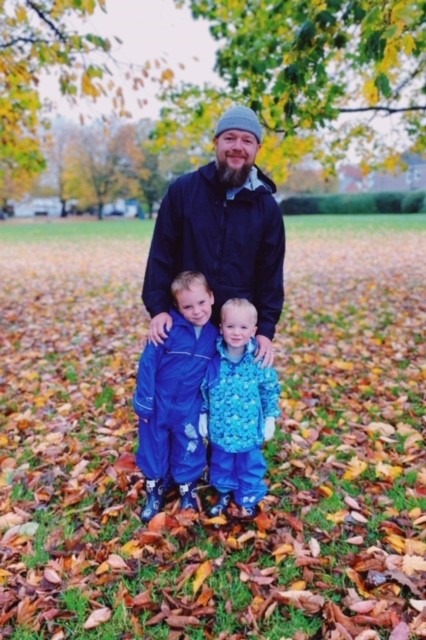