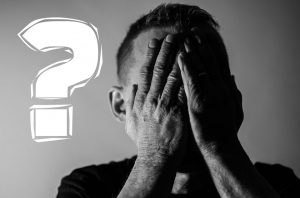 2019 has seen some significant progress in the field of Lyme disease with overall awareness increasing, media coverage increasing, the RCGP releasing a Lyme disease toolkit, the NICE Quality Standard being published following the 2018 guideline, charities working together to give a louder voice to sufferers and LDUK’s highly successful campaign during May awareness month. In general, there has been a positive shift towards acceptance that the illness can be debilitating and fraught with complexity from diagnosis to treatment.

Today marks what feels like a setback as journalists attended the Science Media Centre briefing on Lyme disease where they were told, by Dr Sarah Logan, lead consultant at the Hospital for Tropical Disease, University College London Hospitals, that “Most people who now think that they may have had Lyme disease, in fact have a syndrome that is more in keeping with chronic fatigue syndrome.”

Unfounded statements like this, based on no evidence, are very damaging to those suffering from tick-borne infections and the anger in the Lyme disease community is palpable. Those who are chronically ill know only too well how comments like the ones made today, by those in authority, tend to fuel the stigma which LDUK and other organisations have been working so hard to overturn. In response, LDUK has released the following statment:

“We are disappointed in the proposition put forward at the briefing at the Science Media Centre today, that many possible Lyme disease sufferers actually have Chronic Fatigue Syndrome, a condition that has no diagnostic test and relies on the exclusion of other conditions.

Lyme disease is a complex and poorly understood infectious disease. Research published earlier this year reported cases of Lyme disease are likely to be much higher than official estimates. Research into a reliable test and effective treatment protocols is desperately needed.

The RCGP Lyme Disease Toolkit and NICE Lyme Disease Guideline state that there are limitations when it comes to current Lyme disease testing offered by laboratories in the UK and overseas. To highlight the reliance on test results by both doctors and patients to diagnose the disease is highly misleading, when it is now accepted that available Lyme disease tests are flawed.

We agree that a disservice is being done to patients who suspect that they may have Lyme disease following a rash, multi-systemic symptoms or a positive blood test. Many doctors do not recognise the EM rash which is diagnostic of the disease itself. Many are unaware that ticks infected with the bacteria that causes Lyme disease have been found in every county in the UK and many know nothing about the dire consequences of missing or incorrectly treating an acute Lyme infection. These are the key messages that doctors and the general public need to be informed about. There should not be a downplaying of the currently inaccurate incidence figures or an over-reliance on serological testing, especially when there has been great progress made this year in terms of raising awareness of the disease.

The inference that patients would feel less stigmatised by a Lyme disease diagnosis than they would a Chronic Fatigue Syndrome diagnosis, is without substance. Both conditions are severely stigmatised with a lack of treatment options, if any, available on the NHS. Patients are often suffering debilitating symptoms that have completely disrupted their lives. They want a definite and correct diagnosis, adequate treatment and their lives back. Sufferers of both conditions deserve so much more from their doctors and experts.”

A piece has appeared in the British Medical Journal news. LDUK’s Press Manager and retired paediatric nurse, Julia Knight, submitted a rapid response to the BMJ on behalf of LDUK which can be found here.

These are just some of the other news articles which have been released since the briefing. We are grateful to those journalists who have reached out to us to hear our side of the story:

Other Lyme disease charities have been commenting on the damaging briefing and their responses can be found here: