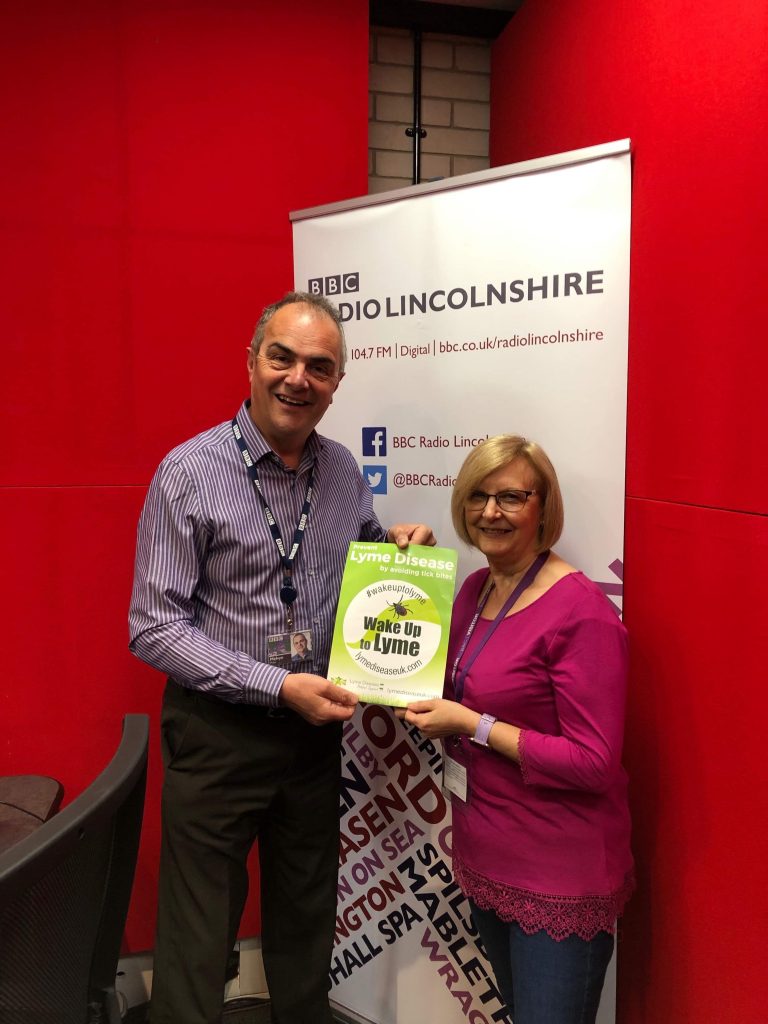 My name is Julia Knight & I’m the Press Manager for Lyme Disease UK.  I thought I might be interesting for people to have an insight into what this role entails and how very interesting it can be!

How did I end up doing this job? A Brief history of my story. I was a senior paediatric nurse who knew nothing about Lyme disease (says it all, eh?) I was bitten by “something “ in the Thetford forest area while on a half term family break in 1999. I became acutely ill about four months later and then became bed bound and unable to sleep, unable to write my name (despite having recently graduated with a first class degree from Sheffield University). On some days, I couldn’t swallow or speak and I developed crazy heart symptoms. You name it, I experienced it. Despite many investigations, I was eventually diagnosed with ME even though I did not  fit the diagnostic criteria for ME. I got so desperate after about 18 months of nobody listening to me or helping me, that I tried to take my own life. However, I’m still here thankfully!

I remained housebound for the next 7 years. My first grandchild was born in 2007 and I was determined to be the best Nana in the world despite being a shell of my previous self physically. Slowly, slowly I began to rebuild me life despite many limitations, particularly neurologically. It was a hard slog  but I got myself to about 70% of my previous self. How, you ask? I have no idea.

Fast forward to 2016 and I am living in Dubai of all places! By this time I had remarried a few years after my  first husband had given up on me. Yes, it is possible to be loved again even with a chronic illness!  The doctors in Dubai did not think I fitted the clinical picture for ME or Chronic Fatigue Syndrome and started investigating. They sent bloods to the States and Europe. There was still no 100% confirmation but they started to build a picture and agreed that given the results, my history, where I was bitten and the timeframe of my health crumbling, a tick bite was the very likely culprit. I was offered a course of IV antibiotics but after 16 years, would that help? In my case not really but I was grateful to them for addressing the unanswered questions.

I looked around for some support and found the Lyme Disease UK Online Community! To my utter surprise, I found lots of other people just like me! I was amazed & astounded that so many people had been down a similar and horrifying road. What on earth?!! After a few months, the team at Lyme Disease UK advertised in the group for a Press Manager. ‘Hmmmmmm! Maybe I could do that,’ I thought to myself. I’m computer literate and in my previous job before I became ill, I was used to fighting for equipment/funding etc for the families I worked with.

So there I was! LDUK’s first Press Manager! ‘Could I make a difference?’ I asked myself. Well I’d certainly try! The role started slowly but as my confidence grew, it really took off. My first steps to giving an interview were from my bed, just after I’d woken up one morning. By this time we had relocated back to UK. I woke up to an email from a regional BBC radio station asking for somebody from LDUK to be interviewed in the next ten minutes! I panicked and messaged the team. Could somebody else do this? Nobody was available at such short notice! Could I do it? ‘Oh well, I’ll have a try!’ The rest is history!

Working with the media is, by nature, fast and furious. When I get a request for a case study or an interview, the journalists want it now, now, now! I learnt pretty quickly that if they don’t get a quick response, they swiftly lose interest and move onto a different story, hence my often frantic requests in the Online Community for people to share their stories. 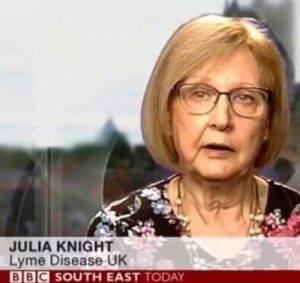 Memorable moments? There’s been a few! That first interview for BBC radio in my PJs when hardly awake, becoming a regular at BBC Radio Lincolnshire where I often go to record pieces for other regional radio and TV stations and when I walk in they now say, ‘ah Lyme disease!’ I’ve even dropped off tick tools there when requested!

My favourite memory is recording 11 BBC interviews ( many live!) after a research paper indicated levels of Lyme disease were possibly much higher than official estimates. My funniest moment: recording numerous interviews that same morning starting at 5.50am, then going to a planned ENT appointment, receiving another interview request for a case study in between my hearing test and seeing the ENT consultant and finding one!  (thank you Craig, you know who you are!),  rushing back home for lunch and then back to BBC Radio Lincolnshire for another recording for TV , doing another interview by phone on my way back from the studio and finishing my final interview that night at 9pm.

Another highlight was being asked to attend the  annual Bushcraft Show last year and having absolutely no idea what bushcraft was! I manned a stall with awareness leafletsand posters and was approached by a guy with a camera who asked if he could have a chat. This “chat” was recorded and uploaded the to Bushcraft Masterclass Facebook page and was shared 100 times and viewed over 6000 times! I had no idea I was being interviewed by Bushcraft expert, Andrew T Price! I’m proud to say LDUK are now regulars at the annual Bushcraft Show raising awareness of Lyme disease  and this year we handed out over 400 awareness packs and talked to many people who wanted to know how to prevent Lyme disease. 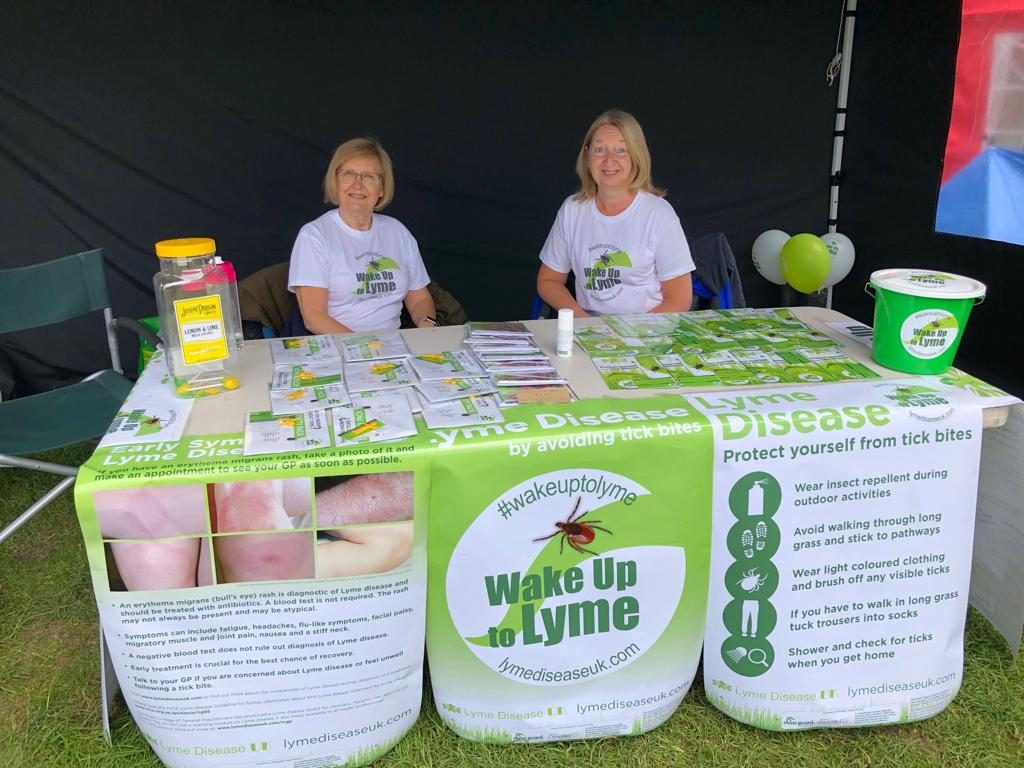 The point of this blog? At my lowest point in my illness I thought I would never be useful to anybody or anything again. Just shows you doesn’t it? Never give up. You never know what’s round the corner.

Love to you all. Julia💚