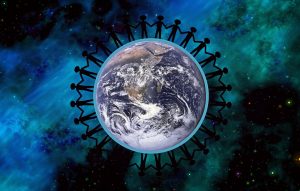 LDUK has added its name to the US-based Ad Hoc Patient-Physician Coalition to support their 58-page comments relating to issues surrounding the new Infectious Disease Society of America’s (IDSA) guidelines for Lyme disease which fail to use the GRADE system for ranking the quality of the evidence on which they are built. US based charities, patient organisations and international organisations do not feel there has been adequate patient representation on the guideline panel or easy access to commenting on the draft guidelines. Furthermore, there are reported conflicts of interest involving those involved in drafting these guidelines.

To read more about the issues and to find out which other organisations are supporting the Ad Hoc Patient-Physician Coalition, click here.

Having been involved in the UK NICE guideline process as a stakeholder, we understand the importane of using the GRADE system when developing a guideline and making sure that a straightforward method for submitting feedback is established for stakeholders. To find out more about the UK NICE Lyme disease guideline and LDUK’s comments, including the guideline’s limitations, please click here.

The coalition is spearheaded by LymeDisease.org and ILADS. (The International Lyme and Associated Diseases Society, a medical association for Lyme-treating doctors.) Other participating groups include the Lyme Disease Association, Bay Area Lyme Foundation, and the Canadian Lyme Disease Foundation.

After the IDSA posted its new treatment guidelines in June, LymeDisease.org’s Lorraine Johnson and Dr. Betty Maloney of ILADS went over them meticulously and wrote a 58-page rebuttal to the IDSA.”
– Dorothy Kupcha Leland, LymeDisease.org