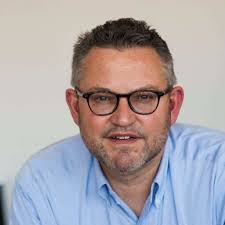 After finishing his academic education at two German Universities (Regensburg and Munich) and medical training, Dr. Carsten Nicolaus opened his own GP practice in Augsburg in the South of Germany. Only a few weeks after the opening of the practice, he was confronted with problems of tick-borne diseases, particularly Lyme disease. During 17 years of his career as a GP, tick-borne diseases started to be of great and increasing importance to him and his patients. As a result of this, he decided to found the first German treatment centre which exclusively treats tick-borne diseases. The BCA-clinic was established on 1st October 2006 and specialises in diagnostics and treatment of tick-borne diseases and patient rehabilitation.

Dr. Nicolaus has been an active member of the German Borreliosis Society and ILADS for many years. Since 2012 he has been one of the Board directors of ILADEF. Dr Nicolaus is collaborating and mentoring Dr. Berkowitz in the treatment of Lyme patients at the London Lyme Disease Clinic.

Thank you Dr. Nicolaus for dedicating your time to this interview!