Sophie Ward posed the question ‘what has made you most proud since becoming unwell?’ to our Online Community…

It’s a tough question in many ways. As our health fails we easily fall into the trap of having a mindset that leaves us feeling as though we are failing overall. It is easy to dismiss and dampen our success and achievements that deserve celebrating. No matter how big or small the success may seem, it doesn’t mean it isn’t worthy of being highlighted and celebrated.

Success and achievements can come in any shape, size and are perfectly unique to all of us. That is what makes our lives so different and our stories so exceptional. Society portrays this image that we should all be well, living the best life, have a strong family and a high-flying career in order to be successful. If you seem to be missing a part of this formula or it feels as though you are falling apart in some way, then you are often seen by the world as failing. In reality, those with the biggest success are the ones who prove that this view can be narrow-minded. That is where we, the ‘underdogs’ as sufferers of chronic illness, have the advantage. We are ahead of the game because our achievements are even more breathtaking and surprising given that the odds are stacked against us.

We may not be able to work an 9-5 office job but any work we can manage from home doesn’t mean we achieve less. Often, we achieve more. Why? Through our healing journeys, we learn new skills, gain knowledge we’d have never have thought we would and work when we are most motivated which is ultimately when the best work is produced. We can use this to our advantage as many of you wonderful warriors have by:

-Taking up new skills -sewing, walking, cooking, baking, writing and so on

I like to think that as one door closes, another opens. At the age of just 13, I was 63rd in the world for 100m butterfly. I had competed for Lancashire, England and Great Britain. I went to the European Youth Olympics and won a gold, silver and bronze medal. I broke the British record aged 14 on the 100m butterfly and at 12 I was the youngest girl to go under 1 minute for 100m freestyle. I was on London 2012 programme and World Class programme. My goal was to compete in the London 2012 Olympics. Of course, I never did. I was bitten whilst in China after going to watch my friends compete in the Beijing Olympics.

For many, many years I fell into the self-pity game and fell into deep depression. My life was my swimming and as far as I could see, I had nothing else. One day, I’d had enough. I was wasting my life, doing NOTHING. I felt like a let down and in many ways, I was. I wasn’t being proactive or productive. I was just waiting for a miracle to fix me, so I could get back in the water. I began learning to cook and bake. This has helped me adapt to living with so many food intolerances and inspired me to begin my blog and recipe books. I fell in love with travelling because I got to learn how others lived, how they coped and listen to their stories. I realised that life is a mystery and NEVER goes to plan, which in a sense is our biggest gift. If we knew exactly how our lives were going to pan out,  where would the creativity and excitement lie? We don’t have a choice over many things, but we do have the biggest and most important choice – how we see our lives and live them.

I was sick of living with a dark cloud over me. I realised it was important to find the silver lining and really play on it. There were always going to be cloudy days and even days of heavy showers but as they always say, ‘the storm has to pass.’ Focusing on the sun and heat is what keeps us fighting. A positive mindset is the key to success and happiness. I adapted my days of inspiring younger swimmers on the poolside to inspiring fellow sufferers of chronic illness who felt alone, in pain and invisible. I used my determination and motivation in a positive way instead of a destructive way. If we wait for a miracle, then we will be wasting time. Our time is now. Time doesn’t stop and the world keeps turning. The goal we dreamed of may have not been reached but it doesn’t mean it was a loss or a failure. We must extract the positives we achieved working towards that previous goal and now use them in a proactive way towards our new goal, whatever that may be. 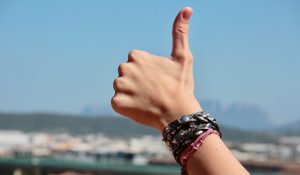 I will use the days of being in the call room whilst waiting to race, as an example. Everyone was trying to look tough in order to knock other swimmers off their game. I was never over-confident; I would be as nervous as anything and I would question my ability but once I got into the water, I gave it my all – every bit of my strength, allowing my talent and skill to be showcased.

That is how I treat radio and interviews now for raising awareness of Lyme disease. I am so camera-shy and not confident in my appearance, but I know that the result of facing my fears and being open and raw could save lives, which is far more important to me that silly nerves and judgements. 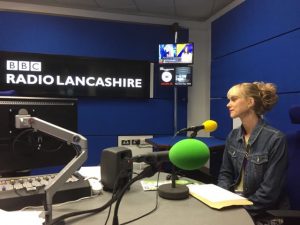 When I posted the question above in the LDUK Online Community I was so excited to be inspired by everyone who responded to the question.

Remember that when suffering with Lyme disease, travelling to Australia is a big acheivement, but sometimes just getting dressed makes for a successful day! However small they seem, your day is still full of many successes and achievements.

‘My proudest moment was getting my creativity back. I hadn’t done anything for years, and it’s my main source of income! I was sinking fast and finally became inactive last September. I am fighting CFS and fibromyalgia but each day I’m getting a bit stronger and less fatigued. As I’m gaining weight back, my muscle gain is helping the fibromyalgia symptoms. No looking back for me! Onwards and upwards, and while I’ve been ill for the past nine years I’ve managed to rescue and re-home many abandoned dogs here in Spain. I was a failed foster six times and thank god for my six dogs. I live alone, and they have kept me going. I didn’t think the last rescue would pull through but I raised £6k for his treatment. Luckily Luca is now like me; just happy to be alive and loves every minute with me.’

‘Making it to the hospital to see my first grandchild Toby on the day he was born after 7 years of being bedridden at first and then housebound.’ 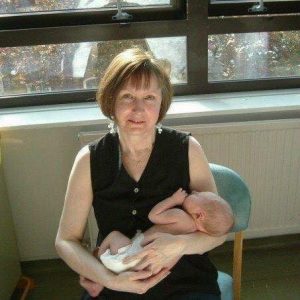 ‘Staying positive, even in my darkest hours when I wanted to end it all.’

‘I think when I managed to travel across Australia to a remote location and capture the first ever photos of flatback turtles underwater. I then went back again with marine photographer Doug Perrine and we produced an article for Australian Geographic. I had no idea that I had 6 year late-stage Lyme at the time as 10 doctors had no idea what was wrong with me, so I just carried on and pushed through the 30 odd symptoms and crippling exhaustion!’ 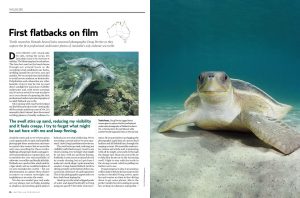 ‘From walking with a stick and losing my balance, I climbed Ben Nevis!’

‘Trying so hard to continue working last year before completely collapsing at the end of July. I did not understand what was happening to me but I fought hard right up until my body gave in and I am still fighting hard.’

‘Fulfilling my dream to become an author and the simple pleasure of getting to live life.’

‘Doing a round the world trip and completing my Fine Art Degree.’

‘Overcoming the anxiety to write a book!’

‘Despite my symptoms and not knowing at the beginning what was wrong with me, I never gave up my motor racing career. After every rally I end up in bed for 3 weeks but definitely having a passion in life helps to keep you focus and not giving up!’

‘Running my local 10k in 57 mins with a big tick on my t-shirt and raising over £2000 to support herbal treatment for Lyme disease in Scotland.’

‘Raising my daughter who turned four last week. My Lyme came back with a vengeance when she was about five months old. It’s been hard with no family support. But I’m super proud of her daddy and me. She is kind, gentle, inquisitive and a joy to be around. Oh, and I managed to walk the whole beach this year with just a few rest breaks. Compared to last year that’s a big achievement in itself.’ 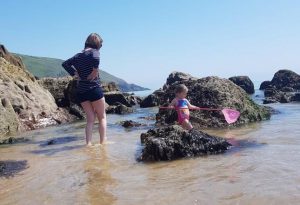 ‘Starting to exercise again after nine months however hard it was (I started with two slow lengths in the pool followed by rest) and now I go to the gym regularly and do a 20 minute jog and weights. I am also proud that I listen to my body and don’t feel guilty if I can’t always do it.’

I know you will agree with me, the above achievements are awe-inspiring. There is so much that this illness has taken from us and so many negatives, but there is so much to be thankful for and celebrate too.

Nothing is impossible; the word is ‘I’m possible’ After-all that’s why we are warriors, we achieve successes which are beyond our own expectations, let alone others’.

Thank you to everyone who shared their proudest moments with us.