The National Institute for Care and Excellence (NICE) released their guidance for treating Lyme disease in April 2018. You can view it on the NICE website.

We recommend you read it and encourage your doctor to access it should you face any issues regarding diagnosis and/or treatment. We also recommend reading through our comments below to understand where the guidance is lacking.

The guideline may help to: 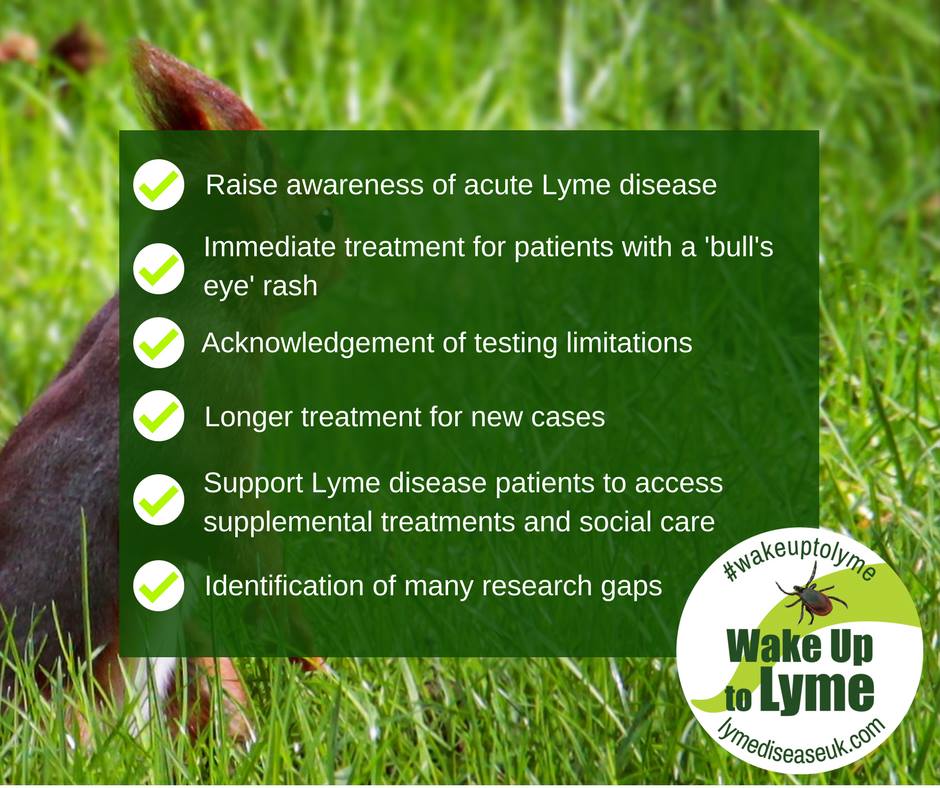 However, there are many aspects of the guideline which concern us, including: 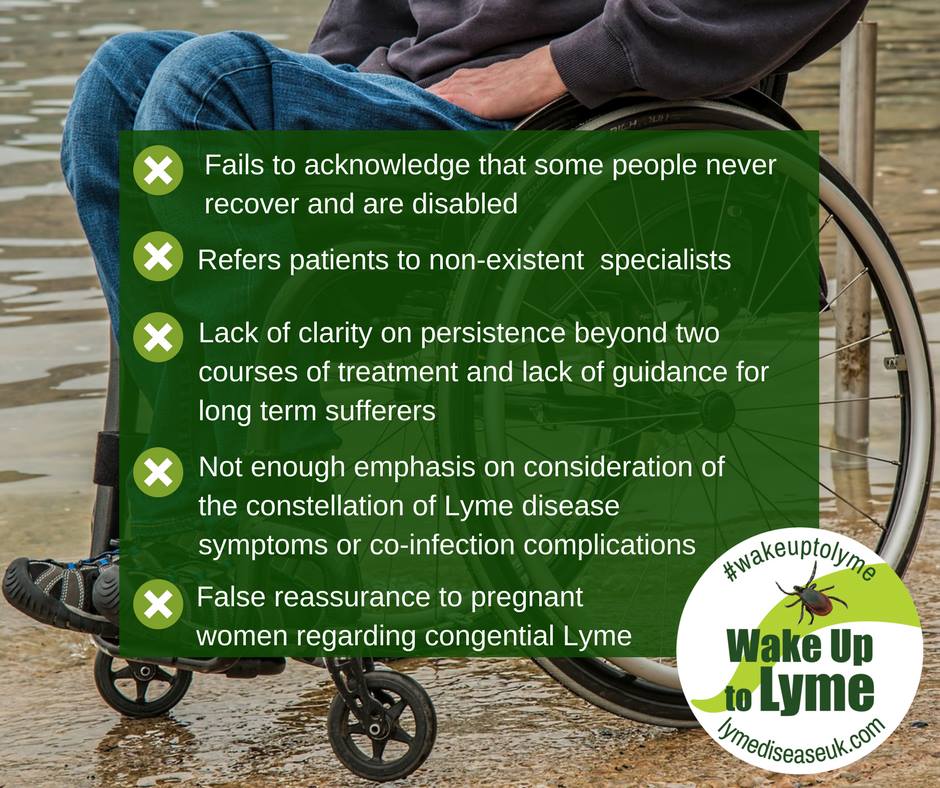 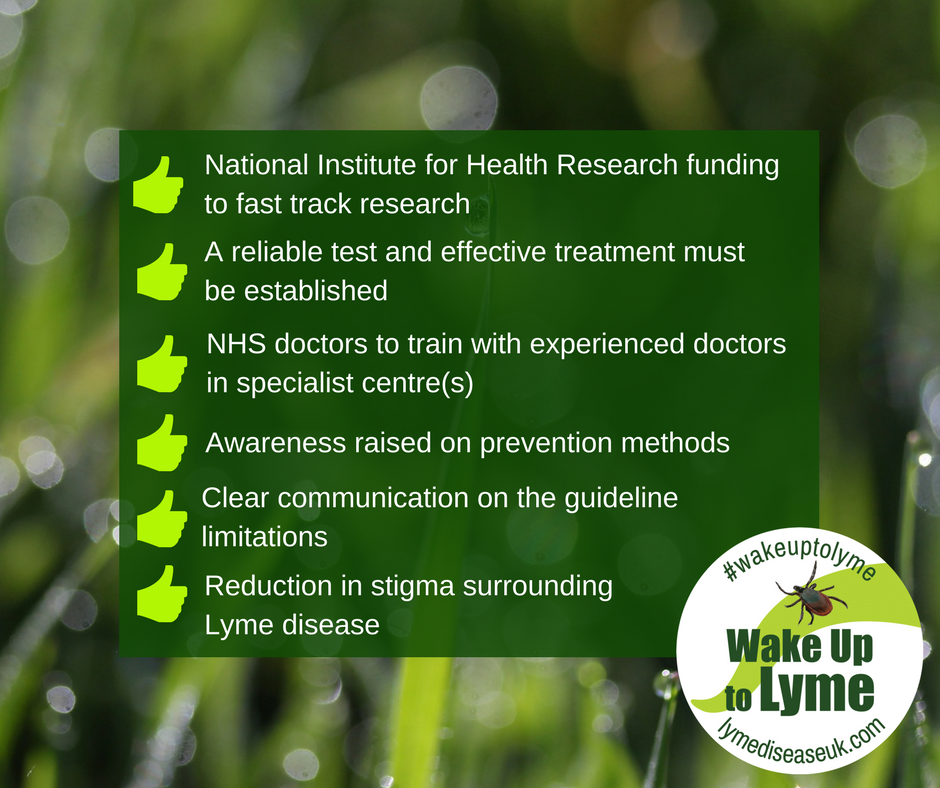 WHAT HAS LDUK DONE IN RESPONSE TO THE GUIDELINE?

As stakeholders in the long process of the NICE guideline creation, we have commented extensively, when invited, in order to point out how the shortcomings and how the guideline will affect newly infected patients and those who are chronically ill. Since the guideline was published, we have: