The NICE Lyme disease guideline has now been published and can be accessed here.

LDUK commented extensively on the draft guideline, labelling it as ‘an inadequate tool for doctors and patients, seriously undermined by lack of evidence’. Our comments can be found here.

The usefulness of the guideline is therefore called into question, with cause for concern over patients being under-treated, undiagnosed or misdiagnosed. We desperately need new research into better treatment protocols as the current treatment on offer is based on limited and outdated research.

LDUK is pleased to note that some of our stakeholder comments on the draft NICE guideline have been incorporated into the final version and acknowledges the following positive aspects.

The guideline may help to:

However, there are many aspects of the guideline which concern us, including:

WHAT WILL LDUK BE DOING IN RESPONSE TO THE GUIDELINE?

As stakeholders in the long process of the NICE guideline creation, we have commented extensively, when invited, in order to point out how the shortcomings and how the guideline will affect newly infected patients and those who are chronically ill. Now that the guideline has been published, our aims are to:

WHAT CAN YOU DO TO MAKE YOUR VOICE HEARD? 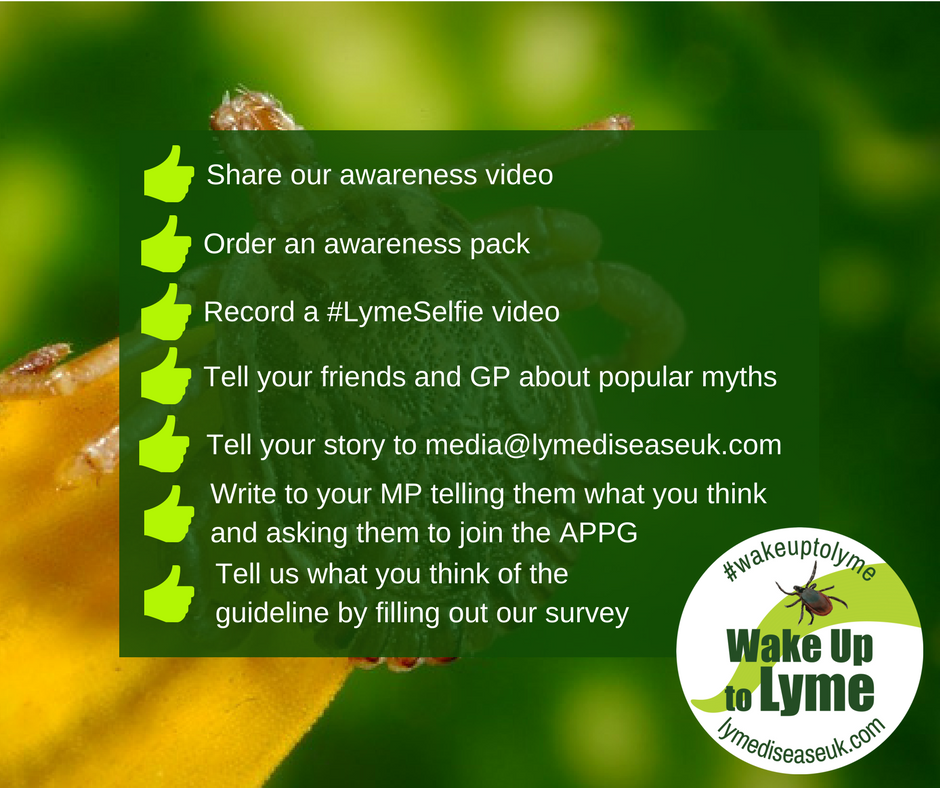