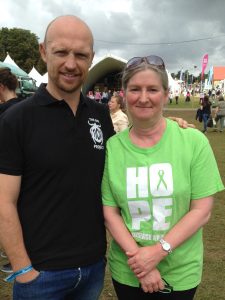 On 21st August, rugby star Matt Dawson spoke out about his Lyme Disease diagnosis and subsequent heart surgeries. Dawson sustained a tick bite while out in a London park with his family. Talking initially to Radio Five Live he described his symptoms, the difficulty in getting the correct diagnosis and the dangerous position he found himself in. There was much commentary on both radio and TV and articles throughout the press about the proliferation of Lyme, the symptoms, preventative measures and the struggles for individuals to get accurate diagnoses.

John Caudwell of Caudwell LymeCo charity, followed up on this in the Telegraph, providing an excellent and thorough commentary about the current situation.

Holly Rubenstein, journalist and LDUK supporter, followed up in the Guardian detailing her own story of misdiagnoses and medical challenges.