A paper has been published [1] showing that ticks in urban and peri-urban areas in Southern England carry a range of Lyme disease causing bacteria. There has only been a limited number of studies and surveys on the prevalence of ticks and their infections in the UK, so any new research into this area is crucial. Some doctors still believe you can only contract Lyme disease from the USA and so mistakenly rule out Lyme disease from patients displaying characteristic signs of the disease.

Questing ticks were collected from grassland, hedges, parks, woodland and woodland edges in Salisbury, an urban area located in Wiltshire, England. Ticks were identified at over 50% of the 25 sites surveyed.

The DNA of Borrelia burgdorferi s.l. was detected in 18.1% of nymphs collected across the 25 sites during 2013 and 2014.  Two nymphs also tested positive for the newly emerging tick-borne pathogen B. miyamotoi. B. garinii was found in 42% of the ticks, while 36% were infected with B. valaisiana.

B. burgdorferi-infected nymphs were active in Spring, Summer and Autumn, but with a greater intensity in the Spring.

The repeated presence of nymphs (baby ticks) ─ males and females ─ in 5 sites supported the authors conclusion that urban Borrelia transmission cycles may exist in some of the urban green spaces. A tick “hot spot” was described at one site based on a high number of ticks and the presence of all stages.  At another site, the ticks may have been introduced by a surrounding rural space. The greatest number of ticks were found in the woodland edge. 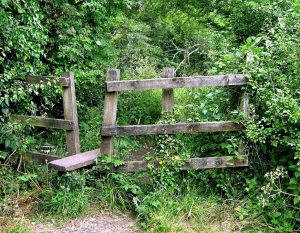 Ticks are frequently found in a range of habitats including more populated regions with recreational spaces used by the public, yet public awareness of ticks and Lyme disease is still poor. Greater understanding of avoiding tick bites, how to safely remove ticks, and of the early presentations of Lyme disease is urgently needed.