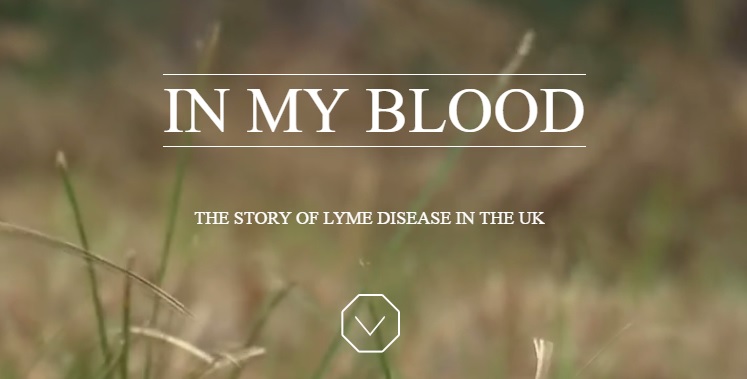 In my Blood is an in depth look at the complex and baffling world of Lyme disease in the UK, as told by people whose lives have been shaped by it.

The piece starts with the difficulties surrounding diagnosis and how many patients took years to finally get some answers for their poor health. It describes the day to day life of living with the disease and the impact it has on sufferer’s lives.

“If you see someone with Lyme disease, you might not know they are suffering. But this tick-borne infection can leave people bedbound, putting their lives on hold for years. Awareness is low, both among the public and medical professionals.”

It also explains the controversies involved and how the medical community is split, often leaving patients stuck in the middle and without sufficient medical care at all. Some patients seek alternative and private care in the UK and abroad as they feel they’re not getting the appropriate help in the NHS.

“People have been pushed from doctor to doctor. Some are told that they don’t have Lyme disease, even though they’ve got the positive test to prove it. This is the story of four people from the UK, their battle with Lyme disease, and a divided medical industry.”

So what’s next for Lyme disease? The one thing everyone seems to agree on is the need for further research into the disease as well as potential treatments. Awareness also needs to be improved amongst the public and in the medical community.