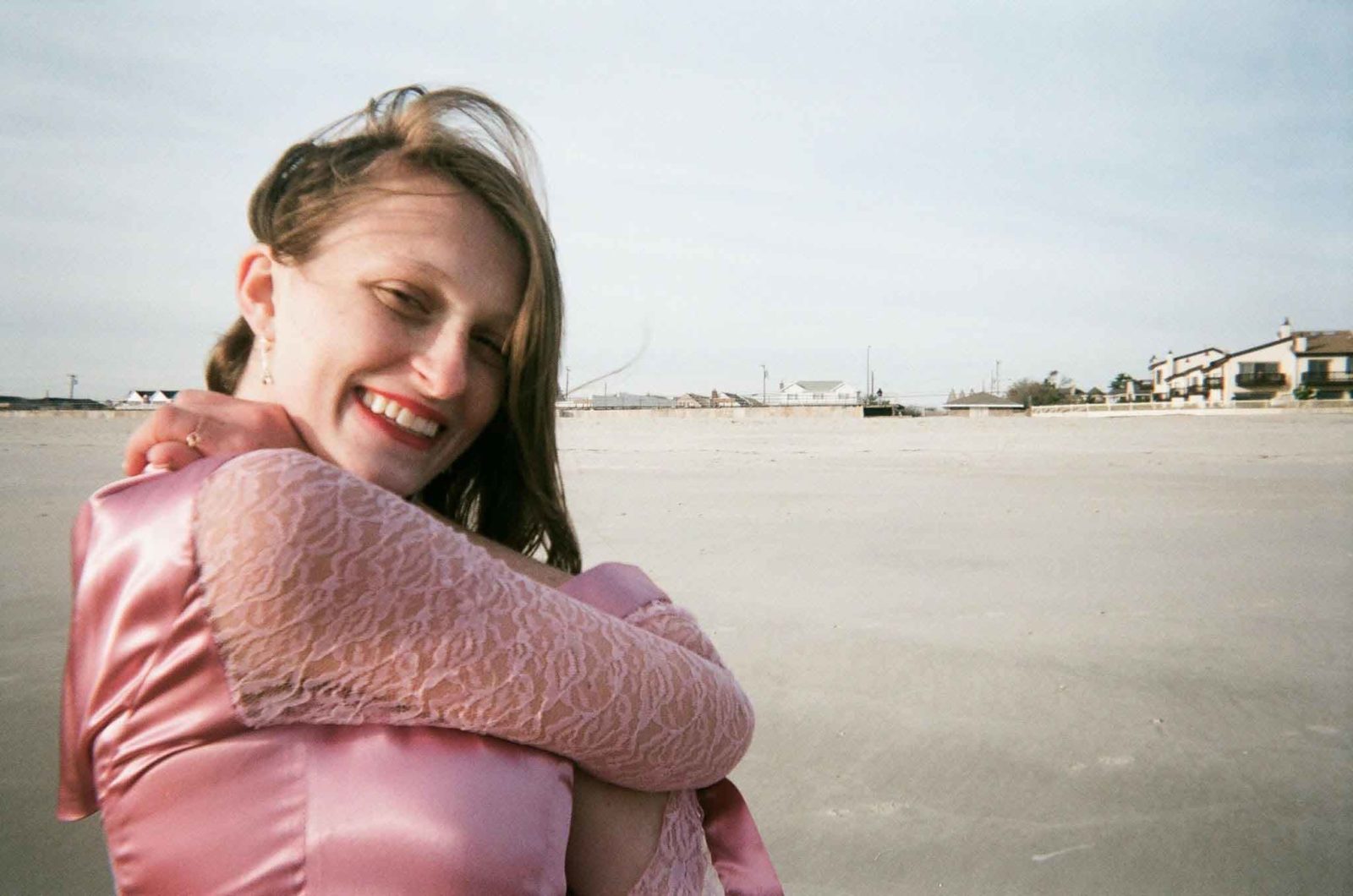 This month’s guest blog is written by Olivia Spring, who documents her transatlantic journey with Lyme disease, a dream of a life in London which kept her going, as well as a first-hand account of the denial of chronic Lyme on the other side of ‘the pond’.

The last time I was happy and healthy was eight years ago. I was 11 years old. I had a “normal” childhood—as normal as it could get growing up on Manhattan’s Upper East Side. I was devoted to my soccer team, loved going to school, hung out with all my friends and had dinner with my family every night. But in the January of 6th grade, I woke up one morning and knew something was wrong. My body wasn’t right. I had no idea that this was the thing that would define my life—that this one day would be an end to the happy girl I knew, that I would look back and see my life as “before” and “after” this moment. It would take a year and a half after this day to find out what was wrong with me. It was chronic Lyme disease.

Eleven was also the age doctors began to tell me that I wasn’t sick. They told me I was just depressed and was pretending to be sick to get out of going to school. But I always loved school, I would think to myself. It’s not fun to lie in bed all day in pain and discomfort. The doctors thought they knew me better than I know myself. I was sent to get MRIs, EKGs, stress tests, eye tests, you name it. Everything came back fine. Everyone kept telling me I was healthy. I knew they were wrong, but no one would listen to a little girl. I was diagnosed with Chronic Fatigue Syndrome, Fibromyalgia, depression, anxiety. I don’t think it ever occurred to all these doctors that maybe I was developing depression and anxiety because of what this disease was doing to me: taking away my life. Kids at school used to even tell me that I was lucky I never had to go to school and got to stay in bed all day. I wanted to scream. None of this was fun. Nothing about this was lucky.

“I wanted to be able to take the subway by myself again, stop having panic attacks, stop crying in the school bathrooms.”

After numerous doctors confirmed that I did not have Lyme disease, one doctor finally told me I did. I cried of happiness. I finally knew what was wrong with me so I could finally get treatment. With Lyme disease, blood tests are not reliable. Different states have different laws on diagnosis and many doctors don’t believe that Lyme can be chronic. They believe that if antibiotics don’t cure you, it isn’t Lyme. There is so much research to prove that chronic Lyme disease is real on top of the fact that millions of people are suffering. That should be enough. We’re not making it up.

I tried several rounds of antibiotics, was taking 30 pills a day, went to physical therapy and did a course of IV treatment. When I was 12 I was on crutches because my body was too weak to walk. I was granted home instruction for a semester. I wasn’t any better. I went to three different middle schools, two of which drove me out so they didn’t have to deal with a sick girl. I didn’t have many friends and I couldn’t go to school for months at a time. I had to quit playing soccer, the one thing I truly loved, and give up the only dream I have ever had of being a professional soccer player. The therapists, psychiatrists, and social workers didn’t help. Neither did the antidepressants. Nothing was working, nothing was changing, and I was 13 years old and suicidal.

When I was 15 my doctor decided she didn’t want me as a patient anymore. I didn’t want to do the same treatments again or take 30 pills a day, so instead I decided to focus on my mental health. I wanted to be able to take the subway by myself again, stop having panic attacks, stop crying in the school bathrooms. So I found a therapist who could help me through all of this, who could understand and help me learn to love myself. For three years of high school I wasn’t on any treatment, just going to therapy, and I was better than I had been in years. I was nowhere near recovery, but I was able to function.

I was now in high school, and I was getting a little better. I was able to go to school most days and develop genuine friendships. But I was still severely depressed and had developed extreme anxiety. My brother had to take the subway with me every morning to school, or my dad would have to go to work late to drive me. Some days, when no one could take me, I would be ready to leave and become paralyzed at my front door. Often I would fall back asleep fully clothed, with my backpack on. I became traumatized by my disease. High school was the worst four years of my life.

“I’m two months into the treatment, and I’m miserable. I feel horrible all the time.”

It was during high school that my pain and suffering led me to something beautiful. I thought about dropping out of school so many times, considered so many alternate routes to graduate, and nothing felt right. But one day when I was looking into studying abroad for a semester, I realized moving far away—into a new culture, a new world—was what I needed. I devoted all my spare time to researching colleges abroad and decided that I would go to college in England. This is what would keep me in school—the motivation to get the grades I needed to get into the schools I wanted to attend. I would visualize living abroad, meeting amazing people, traveling the world and being genuinely happy. I was absolutely miserable in high school, but this dream kept me alive.

My high school graduation was one of the best days of my life. I had accomplished so much. I felt so free: I was moving to London by myself and I was going to my dream school. And when I finally left New York without a return ticket after a summer overwhelmed with happiness, I felt a familiar feeling that this was another “before” and “after” moment. After the horrific four years of high school, I had the best year of my life in London. I was attending class, going out, traveling and writing. I still had really rough weeks and physically impossible days, but it was the best I’d been doing in years.

But during the last few months of my first year, I felt my Lyme symptoms and depression begin to relapse. I was able to push through it, but after I returned home for the summer, I collapsed. I spent most days in the familiar discomfort of my bed, sleeping until 1 in the afternoon during the beautiful summer months. I couldn’t work, I couldn’t think, I couldn’t stop my mind from returning to darkness. I went to a new doctor and decided to try a homeopathic approach. That meant a gluten, dairy, and sugar-free diet and taking 18 pills a day. My treatment was putting liquid drops under my tongue several times a day. I had to do this while going to school, finding a job and maintaining a social life. I didn’t want to do it, because my previous experience with intense treatments had taught me that maintaining my mental health was more important, and I couldn’t do both. But my doctor told me that every single patient she had treated, including those who have had years of failed treatment before, has gotten better, herself included. She said it would change my life.

I’m two months into the treatment, and I’m miserable. I feel horrible all the time. I can’t eat what I want. My pills get stuck in my throat all the time. But in two more months, I might feel something that I haven’t felt in eight years.

I don’t know how to prepare for that. There’s a sickening comfort that can come with depression and chronic illness—you feel like you don’t know anything else. Sometimes I imagine waking up and not being in pain, and being able to get dressed and make breakfast with ease. I imagine being able to go out all day and not feel my body increasingly weaken until I have to go home. I try to imagine what a good night’s sleep feels like. Will my brain come back too? Will I have better memory and concentration? Will I be able to play soccer again? I don’t think about these things for too long because I don’t want to rely on them.

“I shouldn’t have to question whether I’m just being dramatic and whiny and weak. I shouldn’t be made out as crazy.”

I do not like visiting New York. I do not like walking the same streets I walked when I felt like I was dying. But the trauma of the last six years I spent living there, growing from a child to an adult, wasn’t just from the disease itself. Chronic illness sufferers often have outsiders question the legitimacy of their suffering. It is difficult to understand because more often than not we look fine, even healthy. No one can truly see what is going on except ourselves. I shouldn’t have to question whether I’m just being dramatic and whiny and weak. I shouldn’t be made out as crazy. My disease shouldn’t be labeled “controversial.” It doesn’t feel very controversial to me.

I hope that in two months I will feel like a new woman. And I hope that all the doctors that told me that my disease was psychological start listening to their patients. I hope teachers stop pushing students to their breaking point without understanding their circumstances. I hope friends of people in suffering learn how to support them. I hope Lyme disease receives more awareness and funding. I hope doctors stop denying an illness just because they don’t understand it yet. And I hope we can all open our eyes and our hearts a little more.