World renowned chefs Kirk Haworth and Nelly Robinson teamed up to serve up a charity dinner on 20th October 2016 in the prestigious Michelin star Northcote restaurant in aid of LymeAid UK and Vis-à-Vis Symposiums. The evening was a great success, raising over £17,000 for UK Lyme disease charities. 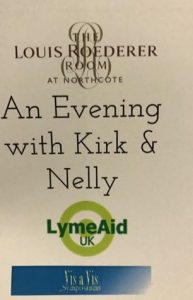 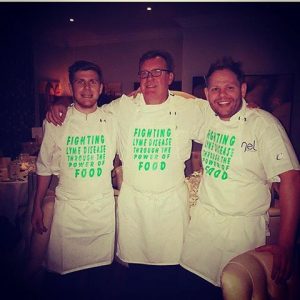 They also held another charity dinner at Nelly’s restaurant nel. in Sydney to raise awareness and money for Lyme disease sufferers in Australia and around the world. Kirk flew all the way out there and Nelly gathered together a team of chefs who created an inspired menu involving lots of limes! They raised over £16,000! Watch the video below:

Kirk suffers from Lyme disease himself but is determined to make a difference. The Lyme disease community is so grateful to Kirk and Nelly who have pledged to continue raising money and awareness of Lyme disease by using their culinary expertise. Thank you Kirk and Nelly and please keep up the amazing work! 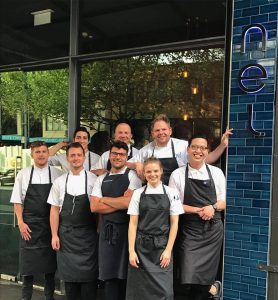 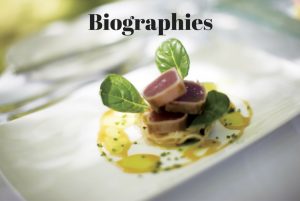 ‘Following Kirk’s gastronomic adventure in Australia, where he cooked under Peter Gilmore at Quay and Mark Best at Marque in Sydney, his health started to take a turn for the worse. He was misdiagnosed over a period of four years and life as a chef, his dream, became increasingly difficult. He returned to the UK in late 2014 and following extensive personal research he finally got diagnosed with Lyme more than four years after he most likely contracted it through a tick bite. It was a shock and a relief for Kirk to finally receive the diagnosis, but here started another journey, one where he is determined to embrace his talent as a chef to beat his illness through an holistic approach with the power of food and clean living.

Kirk’s career began at the tender age of 16 with a scholarship under his father Nigel Haworth at Northcote. Not wanting to take the ‘easy’ route, Kirk left and went on to work in a number of Michelin-­starred restaurants around the world including Vila Joya in Portugal, French Laundry, California and Quay Restaurant in Sydney. Once back from his travels, Kirk returned to work at Northcote for a year in 2014 as Senior Sous Chef and then at the highly acclaimed 2 Michelin starred Sat Bains Restaurant in Nottingham.’ Read more here

‘Nelly started out as an apprentice here at Northcote at the young age of 15, where he was trained by chef patron Nigel Haworth and his team including Warrick Dodds, Mark Birchill, and Lisa Allen. Developing his passion for food and flavours, Nelly was one of the first to complete an apprenticeship at Northcote before moving to Stanley House (UK) in 2007 working with Steve Williams, stepping into the role of Head Chef at just 22.

Nelly at the tender age of 29 opened nel. in February 2015 and offers guests the finest international cuisines, with an innovative, contemporary flair.
Now well known for his role as nel. restaurant’s head chef and owner, Nelly is finding his feet as one of Sydney’s top chef personalities and has cooked at Taste of Sydney, for Queen Elizabeth II’s 90th birthday celebration at the British High Commission.’ Read more here. 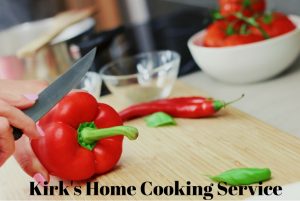 ‘I am offering my cooking services directly in your home to the exact style, taste , creations you desire’
– Kirk Haworth

How it will work?

If you are interested contact me via email: kirk_haworth@gmx.com or if you know me personally can contact via phone. Then we will discuss what sort of dinner/style you would like,i will then put some ideas together based on the information given. I will then arrange to meet you in person were we will discuss and exchange ideas to suit you and your guests then a decision can be made and a date can be secured.

I am offering my services all over Christmas time apart from Christmas Eve night and Christmas day. All my work will be professional and worked at an extremely high standard but most importantly I want to bring FUN into your home! So if you want to have friends and family round at Christmas time or to celebrate a special occasion but can’t be bothered cooking, get in touch…I will come to you!

All dietaries or special requirements will also be treated with exactly the same care, thought and attention.