LDUK members were involved in two protests this year – one in Bath and one in London. The 10 aims of the protests can be found here. The events achieved unprecedented media attention with patients being interviewed around the country in newspapers, on TV and on local radio shows as well as at the events. 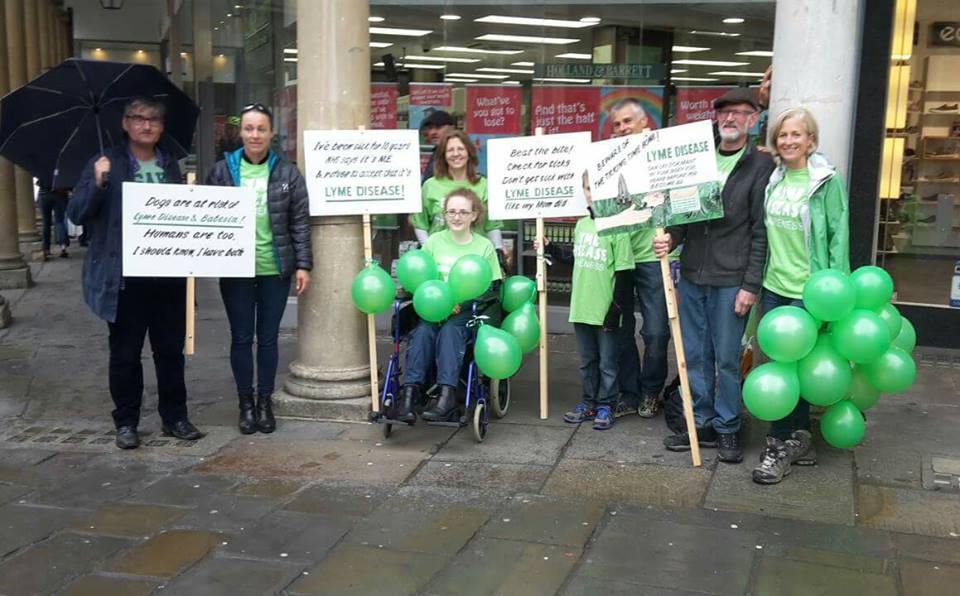 On 21st May 2016, group members in the South West took to the streets of Bath to protest, hand out leaflets and give interviews to BBC Points West and BBC Somerset. Awareness about Lyme disease was raised and the Bath protest was also featured in The Midsomer Norton, Radstock & District Journal. Well done to everyone involved! 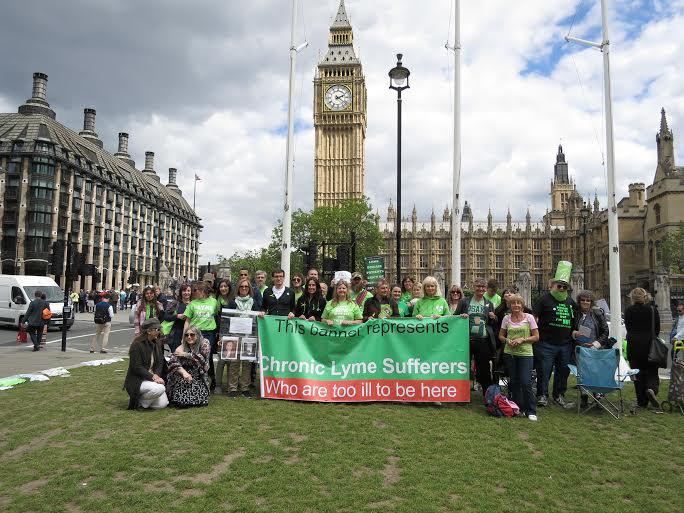 This year, the London protest was held in Parliament Square on 24th May 2016 and it was a very well attended event with MPs stopping by to lend their support as well as Lady Mar and Veronica Hughes, CEO of Caudwell Lyme Disease. Philanthropist and entrepreneur John Caudwell and LDUK group member Lorraine Murray kicked off the morning by appearing on ITV’s Good Morning Britain.

LDUK group members were interviewed during the event and nationwide press coverage included TV interviews, newspaper articles as well as many radio interviews.

Well done to everyone who attended the events to represent those of us who were too sick to be there and thank you to all the protest organisers! 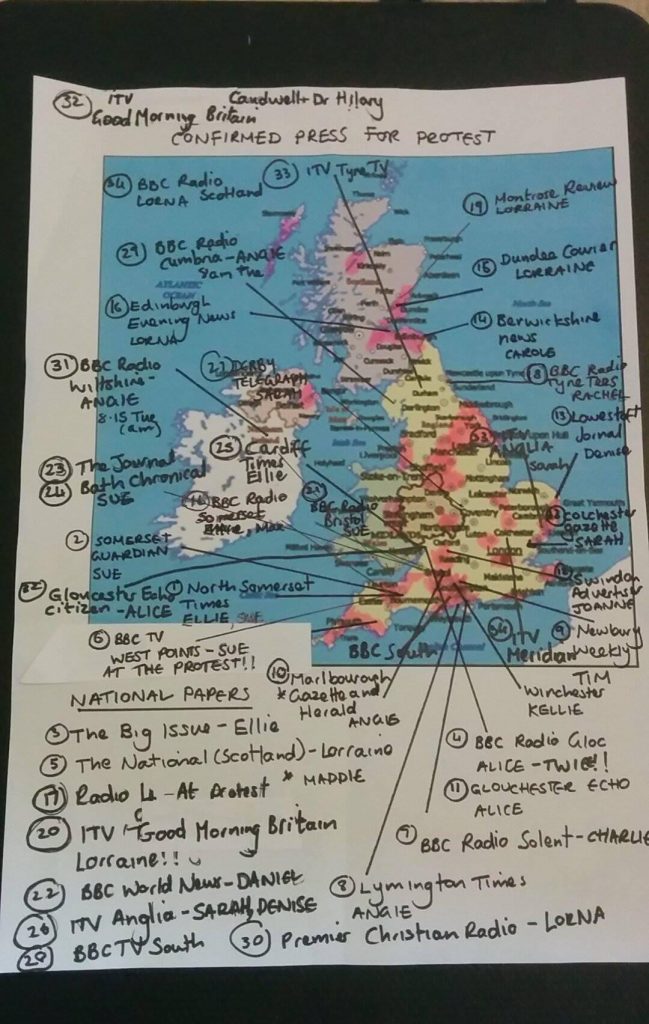 The ‘Press Map’ showing the nationwide coverage of the protest.
Thanks to Angie Howard, Sarah Warren and to everyone else who
managed to organise interviews to promote the protests.

Many UK patients were featured on local radio stations around the country. Radio clips expire quickly resulting in broken links which is why they have not been featured but some of the stations included:

Here is a selection of photos, click for larger versions. Thank you to everyone who gave us permission to use their photos from the day.

T shirt messages from those who were too unwell to attend

T shirt messages from those who were too unwell to attend

For everyone too ill to make it

A moving and powerful film has also been produced by Rollo Skinner including interviews with LDUK group members. Thank you to everyone who took part in this project: