Philanthropist, entrepreneur and billionaire, John Caudwell, has recently spoken out about his son, Rufus, and other family members being diagnosed with Lyme disease. He launched a monumental media campaign to spread the word, which included a live interview on ITV’s show ‘This Morning‘, during which he explained how the disease has impacted his son. He also drew attention to and reignited the medical debate surrounding transmission, incidence and persistence of Lyme disease. 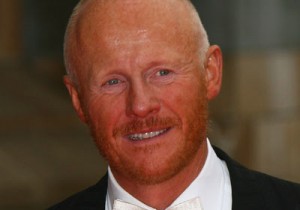 A high volume of media coverage then resulted, featuring other Lyme disease sufferers in the UK who felt encouraged to share their stories of misdiagnoses, inadequate treatment and abandonment by healthcare authorities. Many patients have had to get private testing and treatment abroad due to the lack of help here. Articles appeared in the Huffington Post, the Daily Mail, The Telegraph, the Belfast Telegraph, Wales on Sunday, The Sun, The Star, Woman and Home the Mirror and the Daily Gazette. A YouTube video created by friends of a Lyme sufferer went viral and Lyme patients were also interviewed on Sky News and BBC Breakfast and BBC 2’s Victoria Derbyshire.

See our Facebook page for links to more of the media coverage.

John Caudwell is regularly keeping everyone updated via his Facebook and Twitter feeds and is currently taking applications for a Chief Executive of Operations post for his new Lyme disease charity. The charity aims to lobby British healthcare authorities to improve the testing and understanding of the disease and invest in research.

The level of media attention focused on Lyme disease has been unprecedented and has lead to a 13% increase in members applying to join our discussion group in just 3 weeks. We hope that this increased exposure leads to greater awareness and action from Public Health England to improve testing, diagnosis and treatment of Lyme disease.

LDUK wishes John and his family the best of luck with their personal recoveries and with the new charity!