Our next guest blog is from UK patient and LDUK group member Jas Mathews and talks about living with chronic Lyme disease and how she meets the unique challenges it brings. Read more of her blog here http://lojango.blogspot.co.uk/. If you have a blog you would like featured, please email lymediseaseuk@gmail.com 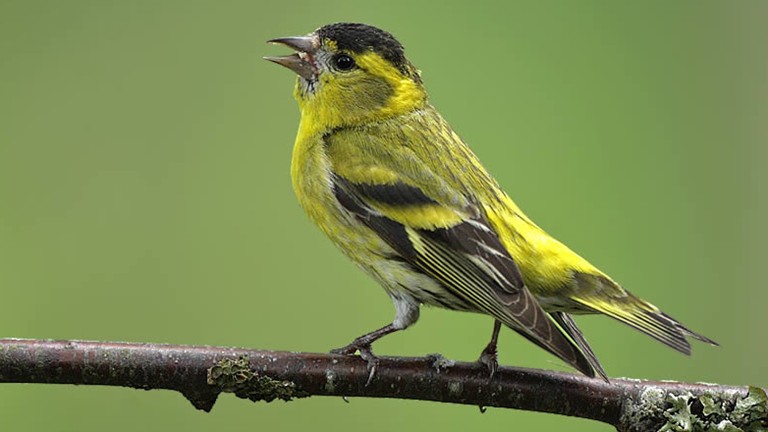 Each winter I eagerly await the arrival of the siskins. They’re acrobatic little birds, with loads of energy and watching them on the niger feeders makes a wonderful diversion. In an average winter they arrive here in the early days of January just when the weather has turned a bit colder. In cold winters they tend to arrive before Christmas which is what they have done again this winter. Already we have quite a flock, so it may turn out to be cold in the next few weeks, but of course with our weather you never quite know.

And so it is with Lyme Disease, you never know what is around the corner. As the year turns I am drawn back to remembering how it was when I was first unwell, finally collapsing on Boxing Day 1992 after six to eight months of increasingly ill health. I had never heard of Lyme Disease then and was treated for months for ME, chronic fatigue, various viruses and finally depression. As the months turned to years I never recovered my previous good health and boundless energy. I worked, ran a youth club, was in a new relationship, taught lacemaking, played skittles once a week and had been a keen supporter of the nightlife in our village pub. I was pushed from one NHS consultant to another over the next seven years, finally Rheumatology homed in and decided I had a non specific arthritis, could do with losing some weight and put me on a raft of pills and steroids which ensured the weight kept piling on.

In desperation I turned to the internet, found that the pills I so hated and had been trying to stop were indeed causing a lot of the problems. I stopped them dead. My GP went mental and warned me about side effects, withrawals and increased pain. I started to feel marginally better but when I was functioning at perhaps 30% of normal the improvement was only marginal. As each little improvement came and went so did another symptom. My body was acting up in a seemingly random fashion, the only constant was that nothing quite worked properly. I was cold, I was hot, I could walk, I couldn’t walk, I could concentrate, I was in a brain fog, I was tired, I couldn’t sleep, my feet hurt, my neck hurt, I had a spider permanently crawling up my back, I had shooting pains in my hands, my shoulders froze, my wrists swelled up, the swellings disappeared, I had strange rashes, the rashes disappeared overnight, they itched, they didn’t itch and so it continued relentlessly.

My GP was fed up, I became the heart sink patient, I kept away from doctors as much as I could, only presenting when I had an acute infection of some sort or other, infections which dogged me most winters. All this time I was main carer to my elderly and increasingly demented mother and was spending 4 days a week 150 miles away. The days at home I spent sleeping, trying to recover enough energy for the next onslaught. A new GP told me I was exhausted and offered to write to my mother’s GP and social workers and tell them I could not carry on, the problem was my mother who disbelieved I was ill, not the officials.

In the autumn of 2006 my mother was in respite care, for her sake not mine and was in a home briefly. I had time to breathe. Browsing the internet one day looking for the cause of yet another rash, I came across a picture of the EM rash. It was eerily familiar. In 1992 before I became ill I had had this rash and had been to my GP with it. I had been told it was some sort of insect bite and to put some cream on it, nothing serious. I started reading about this rash, it was caused by a tick bite. I had had cats since 1989 and one in particular had brought in a lot of ticks in the summer of 1992, not knowing how to remove them I had asked a neighbour who showed me.

Looking at the pictures of the rash was a lightbulb moment. I was pointed to the help group Eurolyme who in turn pointed me to a private doctor, I was assured the NHS would not be interested; indeed they were not, some time afterwards my Rheumatologist wrote that had she suspected Lyme I would have been tested and that she would be pleased to treat me again when the private Lyme treatment failed. Seven days after my mother died in 2007 I had a clinical diagnosis of Lyme disease which by then I had had for almost 15 years. After 16 months of a fairly conservative treatment I was substantially recovered, sold my wheelchair and had started my own business.

With Lyme as I said you never know what is round the corner, 7 years on and I am relapsing again. I was never tested for many of the co-infections which the bite brings. I suspect I need to address these. I have recently started the process of referral to the new NHS Lyme Clinic in Winchester although the forms I filled in and the blood tests I have had seem strangely incomplete.

So how do I cope day to day? I still run my business which takes me away from home between April and October some 4 days a week on average. I live mostly in my caravan during this time, so it’s good to have my own things around me as consistency seems to be key. My same pillows, bedding and stuff is essential for that all important sleep. In practice I have two identical ‘kits’ one for home one for away. If I stay anywhere else it all goes with me.

I pace myself as much as I can, I sleep 2 hours most afternoons when I can. I take my meds at set times and always with food to stop unwanted side effects. When I’m at home creating my wares I start about 8am, work until 1, have lunch, crash out for 2 hours, get up, have tea and a snack and start again at 4ish until 8pm and dinner. When I’m away, on a non show day I sleep in the afternoons and pace myself, on a show day I usually have to be up by 6, work until at least 6 then eat and go straight to bed, the adrenaline seems to carry me through. After a show I usually sleep a whole day. As I have severe mobility problems I walk as little as possible to conserve energy when I’m at work, I use a scooter sometimes though I don’t own one. I get driven in (or drive myself) to events and make full use of my blue badge, I save the walking practice and exercise regime for when I’m home and don’t need to save every bit of energy for work. It seems relentless put like this but it’s how I manage as normal a life as possible, where I still get out and about and most of all I can still work. Yes it’s very hard at times but I love what I do and trying to make money is sometimes a good incentive!

There are times during a flare or if I catch the inevitable bug that this all goes pear-shaped. Then I am ruthless about cutting back. I pull out of events if I need to and rest as much as I can . I keep away from other people too, I don’t need their cynicism or negative comments. I get others to help where I can. I can’t spend time regretting what I miss, the negative vibes destroy so much. I’ve always been a glass half full person and I make myself keep on that way, even when it’s tough. I can’t have a pity party, it would never end after 22 years of Lyme so I don’t even go there. I know my way is not most people’s but it works for me.

It seems now that the patients are in possession of most knowledge about Lyme, painstakingly piecing together strands of research and ploughing through weighty documents in the medical journals. In 1992 no one knew much about Lyme save for a few enlightened souls in the USA and the NHS dismissed it out of hand.

So what has changed? Firstly I have, I’m much tougher and more ruthless and actually if it wasn’t for Lyme I probably would not be so strong. The PHE had a conference last autumn at which they paid lip-service to changing the ways of the NHS though precious little seems to be happening so far. There are now several clinics around the world who can treat Lyme, but it is a costly business and demands lengthy stays abroad in a lot of cases. The main thing that has changed is the huge number of patients now coming forward and forming self help groups for support and the dissemination of accurate information. Patients lead the way in publicising this illness and making people aware of prevention. It would be nice in 2014 if this situation could be built on by the NHS and leading medics and so put a stop to the denials that the establishment seem so keen to perpetuate.

As I said at the beginning you never know what’s around the corner with Lyme disease, but I keep hoping for better times, all of us sufferers do.